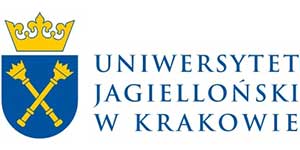 The Jagiellonian University is the oldest higher education institution in Poland and one of the oldest in Europe. It was founded on 12 May 1364 by the Polish king Casimir the Great. The Jubilee year 2014 marked the 650th anniversary of this remarkable event. Today, the Jagiellonian University comprises 16 Faculties, where nearly 4 thousand academic staff conduct research and provide education to over 40 thousand students, within the framework of more than 80 different fields of study.

The eminent researchers and state-of-the-art infrastructure make the JU one of the leading Polish scientific institutions, collaborating with major academic centres from all over the world. The Jagiellonian University is also home to about 150 student societies, where young researchers pursue their academic interests and develop friendships with people who share their passion. The university’s prestige in both Poland and abroad is illustrated by its widely recognised research achievements.

The scientists and physicians from the JU Medical College carry out pioneer studies, e.g. in cardiac surgery, urology and neurology, often leading to the development of novel treatment methods. Their findings have been published in some of the most prestigious international journals, for instance European Journal of Cardio-Thoracic Medicine, New England Journal of Medicine, and Lancet. JU archaeologists explore the secrets of ancient sites in various parts of the world, including Egypt, Cyprus, Central America, South Asia and Altay. The astronomers take part in the most important international projects in their field, including H.E.S.S. and VIPERS, whereas the results of research by JU biotechnologists have been published in such reputable specialist journals as Bioorganic and Medicinal Chemistry, Molecular Ecology Resources or European Journal of Human Genetics.

These are only some examples of remarkable successes for which the Jagiellonian University has been famous in recent years. The current position of the JU is also reflected in the growing number of patent applications and patents – in the year 2017 alone, there were as many as 55 patents granted to its academic staff members. Unsurprisingly, the Jagiellonian University staff have been honoured with a number of prestigious distinctions and awards, including the elite awards of the Foundation for Polish Science (‘Polish Nobel Prizes’) bestowed upon JU professors: Jan Woleński, Tomasz Guzik, and Jan Potempa during the years 2010–2013. Additionally, the University was also recognised by the international databases Web of Science and Elsevier Scopus as possessing the most prolific researchers in Poland, publishing the most academic papers. In 2018, it was the only Polish and Eastern European higher education institution in Reuter’s Top 100: Europe’s Most Innovative Universities ranking.

Role in the Facilitate Project

As a Neurology Department at Jagiellonian University, we carry out a large number of clinical trials. We would like to bring a dose of a practical approach to the project (from the investigator and patient side).

The expertise in conducting clinical trial will support the development of clinical case analysis in WP3 (Ethics, standardization and regulatory framework)and supporting legal partners in WP2 (Legal and data privacy framework), validation of the PoC in WP5 (Technology framework and interoperability solutions) and providing stakeholder within own clinical networks in WP6 (Communication and dissemination).

We use cookies on our website to give you the most relevant experience by remembering your preferences and repeat visits. By clicking “Accept All”, you consent to the use of ALL the cookies. However, you may visit "Cookie Settings" to provide a controlled consent.
Cookie SettingsAccept AllReject All
Manage consent

This website uses cookies to improve your experience while you navigate through the website. Out of these, the cookies that are categorized as necessary are stored on your browser as they are essential for the working of basic functionalities of the website. We also use third-party cookies that help us analyze and understand how you use this website. These cookies will be stored in your browser only with your consent. You also have the option to opt-out of these cookies. But opting out of some of these cookies may affect your browsing experience.
Necessary Always Enabled
Necessary cookies are absolutely essential for the website to function properly. These cookies ensure basic functionalities and security features of the website, anonymously.
Functional
Functional cookies help to perform certain functionalities like sharing the content of the website on social media platforms, collect feedbacks, and other third-party features.
Performance
Performance cookies are used to understand and analyze the key performance indexes of the website which helps in delivering a better user experience for the visitors.
Analytics
Analytical cookies are used to understand how visitors interact with the website. These cookies help provide information on metrics the number of visitors, bounce rate, traffic source, etc.
Advertisement
Advertisement cookies are used to provide visitors with relevant ads and marketing campaigns. These cookies track visitors across websites and collect information to provide customized ads.
Others
Other uncategorized cookies are those that are being analyzed and have not been classified into a category as yet.
SAVE & ACCEPT
Powered by